I want to play! 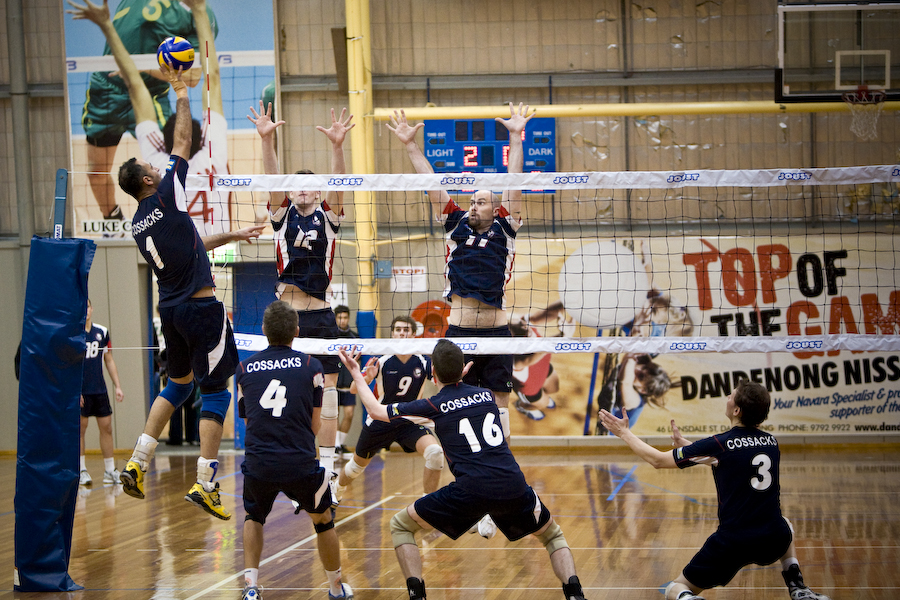 The Dandenong Volleyball Club (previously known as the Dandenong Cossacks Volleyball Club) has a proud history as a competitive volleyball club in Victoria. We are a diverse club with a passion for learning, success and we believe in supporting each and every club member. The club’s main focus is the State League Competition, but it caters for all levels of interest, with men’s, women’s and junior teams.

The Dandenong (Cossacks) Volleyball Club was first formed in 1991 as a junior boy’s team, purely as a social team to compete at a Geelong Volleyball tournament. Founded by Stephen Kozulin, the boy’s team continued to train after the tournament and soon entered into the local volleyball league EMVA (Eastern Metropolitan Volleyball Association). The club continued to play in this league for the next 16 years!

After a number of successful years in the local league, the Cossacks entered it’s team into the top state competition – Victoria Volleyball State League where the teams have have competed since.